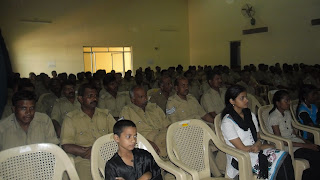 SCEAD foundation works relentlessly to spread knowledge and education in India on Various issues concerning the society. And I have been very lucky to have been a part of this effort. Recently SCEAD foundation took a step in creating HIV-AIDS awareness by reaching out to the Bangalore police officers. The awareness program was held at the base camp of Battallion 9, KSRP in Hosa Road, Bangalore India
A huge gathering of over 100 police officers bore witness to the presentation on HIV-AIDS. The program kick started with the Commandant of Karnataka State Reserve Police Mr. Hiremath Supdt. of Police welcoming the director of the foundation Siju Daniel with a bouquet of flowers and introducing us to the higher rank officers. 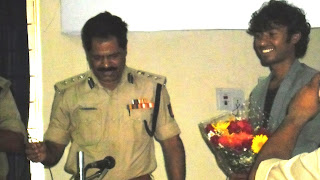 Soon after the speech, the Presentation was screened which, elaborated every little detail about HIV and AIDS.
From the spread of the virus to its treatment a wide range of topics were discussed during the presentation. A very healthy interaction followed after the presentation with the police personals asking questions to clear their mind of any doubt about this deadly disease. 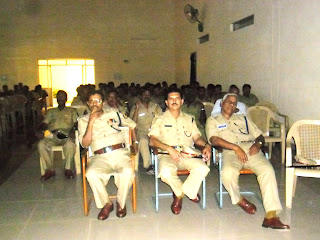 SCEAD Foundation believes in engaging in every possible means to get the message across to the intended audience. So to make the awareness more effective a small play was staged to help the officers get a clearer grasp of the whole program. The play directed by Siju Daniel told the story about a man’s life affected and discriminated due to AIDS. The audience was glued to the wonderful performance by Siju Daniel in the lead and his group of students who played various parts in the play. I can proudly say that the awareness program organized was a big success as the officers seemed hopeful about passing on and even applying the information they got to their lives 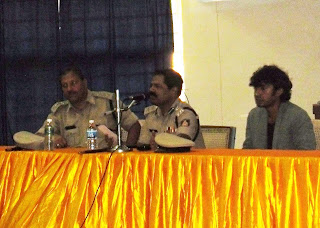 We were later informed that there had been 3 deaths of officers from the battalion due to AIDS and due to this their morale was quite down. But this effort has surely given them
more confidence and knowledge on how to prevent this disease and keep themselves healthy. AIDS is still highly feared because of the social stigma attached to it. 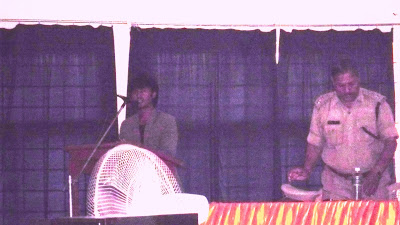 Most infected people fear to take treatment lest their confidentiality is broken and their Condition revealed to their families which them leads to violence and discrimination. Only through efforts like the one SCEAD foundation made can this vicious circle be Broken and people with HIV-AIDS can come forward to accept treatment and live without fear. 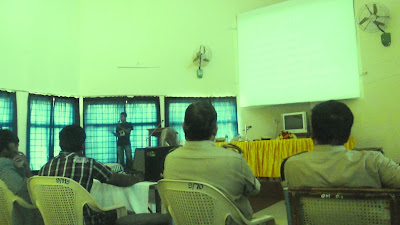