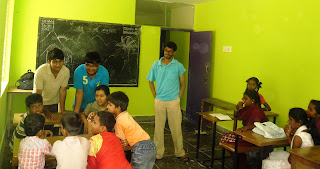 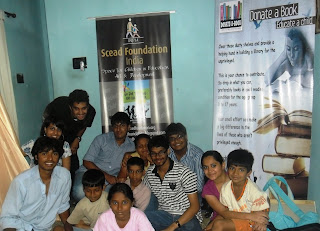 The first day of our internship at the SCEAD foundation
Mr.Daniel, to whom we introduced ourselves. We were six of us in total. Namely
Priyanka, Shrooti, Manu, Anant, Siddharth and myself Koushik.
Mr. Daniel first took us to visit Green Pastures, a school which was under his
project. There were 5 children there who were as happy 2 meet us, as us who
were happy to meet them. After a brief introduction of ourselves’ and the children 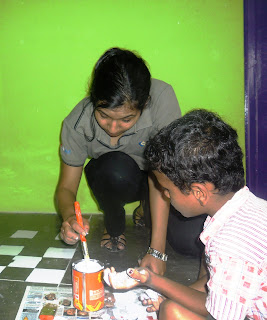 Priyanka stayed at the school with the 5 chiildren, Naveen, Lohit, Tirumal, 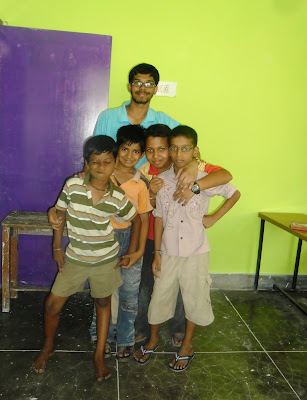 Darshan and Joshina.
After coming out of Green Pastures the other five of us went to a government
school, the Patel  high school which is another school part of Mr. Daniel’s
project. At the school we met the principal and after that talked to Mr.Harish who
was teaching maths for the students’ of class 10 as a special coaching class. 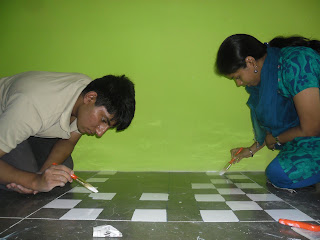 Siddharth and Anant joined Priyanka in the Green Pastures School, were the kids
were having fun playing games like dumb charades and passing the parcel. The
kids also improved their artistic talents by drawing a few diagrams, randomly at
first and then what was told to them like mountains, trees, houses etc. 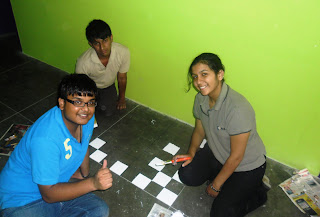 While one the other hand Shrooti, Manu and myself were interviewing Mr.Harish
about the school and the kids studying there. We were also observing the students
of how they were learning maths and helped them out when they were stuck at
certain points.
After we were all done we left to Mr. Daniel s studio where he showed us different
videos and presentations about the projects which his foundation had undertaken
and also about volunteers who had previously worked with the foundation. 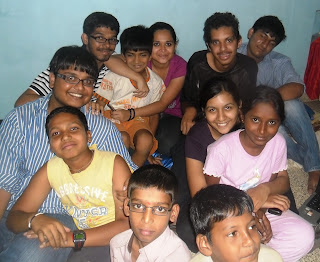 We were a little later joined by Ms. Kethaky, another volunteer from Christ
University and the children from green pastures. The last part of the day was fun
where we had spent quality time with the kids and also clicked a few pictures and
danced and enjoyed with the children to end the day with a bang.
Report by Koushik.(St Joseph commerce college) 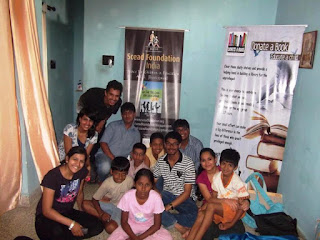 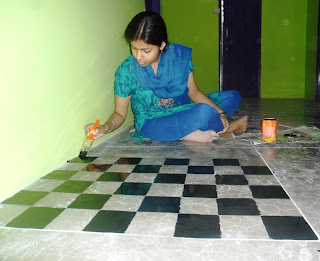