Campaign and survey of out of school children at jedemara slum

}About one-fourth of the slum was campaigned by a group of foreign and local volunteers.
}More than 20 Out Of School Children (OOSC) were recorded.
}The data was documented and sent to BOSCO CHILDLINE, Bangalore for further follow-up and action. 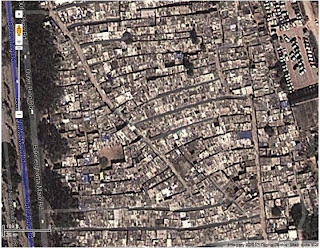 }Analyzing options to create an interest in children to attend government school nearby..
◦try to bring extra-curricular activities in Governement schools in the area.
◦Introducing play-way methods of teaching
◦There are 3 Anganwadis in the locality.  Facilitating Anganwadi services to be extended to 0-3 years.
◦Spread awareness on other language medium schools in the locality for migrants
◦Studying possibility and need of hostels and day cares for girls.
◦Temporary tent schools  to create an interest for education among children not interested in studies.
}Working in association with Stree Jagriti Samiti to help domestic workers in the area to get themselves enrolled to basic services like Ration Cards, Maternity benefits etc
}Worked with Samarthanam Trust for the Blind to help a blind infant met during the campaign.
}In the background, also working with CHILDLINE and Stree Jagriti Samiti to gather evidence for illegal activities reported in the area like sale of infants, trafficking (using blind children/other children as a source of income).