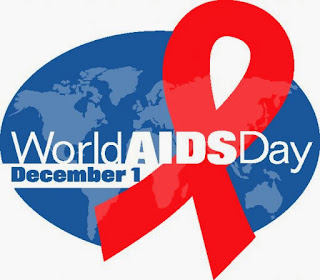 25 November 2013 -- More than 2 million adolescents between the ages of 10 and 19 years are living with HIV, and many do not receive the care and support that they need to stay in good health and prevent transmission. In addition, millions more adolescents are at risk of infection. The failure to support effective and acceptable HIV services for adolescents has resulted in a 50% increase in reported AIDS-related deaths in this group compared with the 30% decline seen in the general population from 2005 to 2012.

New WHO recommendations released in the run-up to World AIDS Day 2013 are the first to address the specific needs of adolescents, both for those living with HIV and those who are at risk of infection.

In collaboration with the student council of St. Joseph's College of Commerce working on the Peace project.The Peace project is a program dedicated to Hiroshima-Nagasaki day on 9th of August to remember the tragic effect of nuclear weapon. It’s a speech of peace all over the world provided by our volunteers and dignitaries. Also we will be organizing a signature campaign on this day in which the students will be signing in support of this campaign.

We present you some of our volunteers from June / July 2019 and their work with children in the slums and at St Gaspar's school.  Here you will find Georgia, a volunteer from Albania who has volunteered mainly in the slums of Bangalore to offer extra-curricular activities and offer help in the school of these slums.


Here are other pictures showing other volunteers doing yoga, doing activities in slums with children and a teacher in a slum school.
Here is the work of our volunteer Aishwarya from France who volunteered at St Gaspar's School in Bangalore (Doddanagamangala). She gave French lessons to 8th-grade, 9th-grade and 10th-grade students.

Accede to start up volunteering the school with hands of magic -Providing computers/funding for computer training of students. -Strengthening of Library. -Adoption of slums near the school. -Hand holding handicapped students to lead a normal life.     -Training Students on the art (Dance, Music & Singing) -Physical training (Rugby, Football…..) -Providing play materials -Training student on various skills, Self Development, Personality development etc. -Providing Scholarships -Training teachers on to improve the education quality -Conducting workshops on cultural activities to the children’s -Creating awareness about importance of education to children’s -Adoption of a kid by providing basic amenities. -Create awareness of child labor and social activities