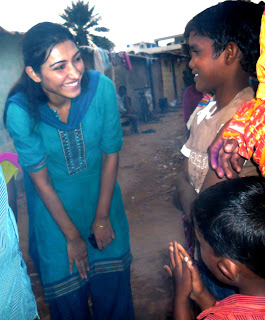 My campaigning experience was moving as well as quite surprising. As this was my first experience of visiting slum life I had my own set of expectations out of it. I was of the opinion that I will come across poverty, families where children are deprived of education because their parents do not have money to even afford food. But the reality was a bit different from my predefined notions.
I realized that more than poverty, unawareness is the actual reason that is depriving the children of education. Not all of the homes where so poverty stricken that they cannot afford education. In fact some of them had luxuries like television, refrigerator and yet the children were not sent to school. This made me realize a bigger problem called child labor. Each of these families make their children work in shops or markets along with them so that they become a source of income. For them if a child is capable of earning money, there is no need to teach the child, even if it for free. 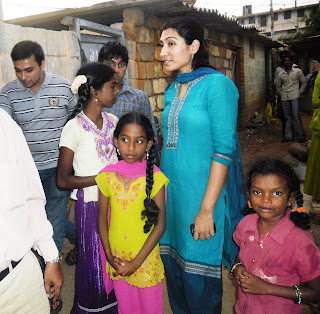 There were some families in which young girls denied to go to school because they were already married and they were supposed to take care of household. This made me realize that child marriage is prevalent  in our country even at this present day. There also were families where young girls were not sent to school because women facing the outer world may be questioned by the society, and thus they were limited to household work. There also were few children who said that we do not go to school as they were just not interested in it. In short most of the people did not consider education more important than few rupees earned by the children, family prestige or child marriage. 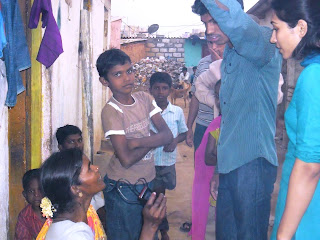 As I came across all this, I realized how important the campaign was. Even if some of the children come across to school, we should not lose hope and should do more such campaigns to increase the awareness for education among people. Also I will be interested in driving the campaign in such a way so that we can make it definite that interested children make it to the school.

Rupak
The campaigning experience was my first, so definitely it was nothing I have had before. It was exciting to see actually some ground level work happening to get children back to school. I could not get actively involved today primarily because of the language barrier. This was the first phase, I am interested to see how many of these kids come back on Monday to register and how many we can retain back in school after some critical milestone 3months, 6months, 9months and 12months. Overall the experience was enriching but I am more interested in the next stages.